Importance of grasslands and drought impacts

Grasslands cover 52.5 million square kilometres of the World, approximately 40% of the land area, excluding areas such as Antarctica and Greenland that are too cold for plant growth (UN Food and Agriculture Organisation ). Grasslands are the most widespread type of vegetation on the earth and include many iconic ecosystems such as the prairies of North America and the savannahs of East Africa.

What is a grassland?

A grassland is any area where the vegetation is dominated by grasses (members of the plant family, Gramineae) but the vegetation may also contain large numbers of other species and types of plant. Many of our crops are members of the Gramineae, including wheat, maize, rice and sugar cane.

Grass structure and how to identify grasses

In the UK, grasslands are the major form of vegetation and dominate our landscapes; the view from most high places will comprise a patchwork of different greens representing different types of vegetation, as seen in this view of West Mendip taken from Crook Peak. Eight of the twelve most abundant plants in the UK are grasses.

In the UK, grassland is by area the most important crop; more than 40% of the land area (15 million hectares) is agricultural grassland. 89% of total agricultural lands are agricultural grasslands (including cereals). This proportion has changed little over the last 60 years; in 1961 around 90% of farmland was under grass of some sort (Moore, 1966). These grasslands support around 10 million cattle and calves and 34 million sheep and lambs. In 2013/14 forage crops contributed £265 million to farm income and the livestock industry £8,889 million (Defra and Office of National Statistics).

There are about 490 thousand hectares of golf courses (2% of UK area) and 1525 thousand hectares of urban green space (parks and sports fields make up 54 % of the urbanised area). Sport England estimates that in 2010 outdoor sporting activities contributed about £20 billion directly to the economy and an additional £11 billion through benefits on health and wellbeing. Lawns, a type of grassland, are an important feature of the UK’s 508 thousand hectares of gardens (Defra, Office of National Statistics).

What are the types of grassland in the UK?

Until 6000 years ago most of the UK except the mountain tops was covered by woodlands. Grasslands have developed, since then, largely as a result of human activity. British grasslands are very diverse. They can be very broadly divided into three groups; natural, semi-natural and managed. There are very few or no natural grasslands in the UK. Semi-natural grasslands are those (mostly agricultural) that have been grassland for many years, are not usually given heavy doses of fertilizer, and although they may occasionally be reseeded or over seeded, are not regularly reseeded. These semi-natural grasslands include flower-rich meadows and pastures, and often contain a very large number of different species of grass and types of herbaceous plants. 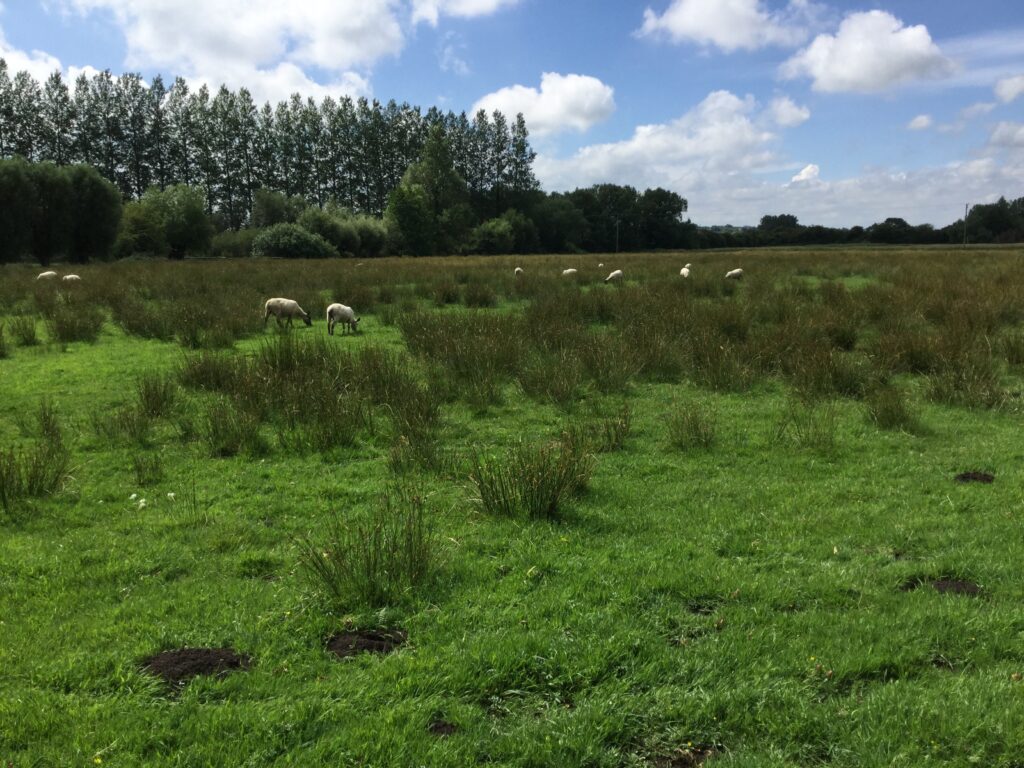 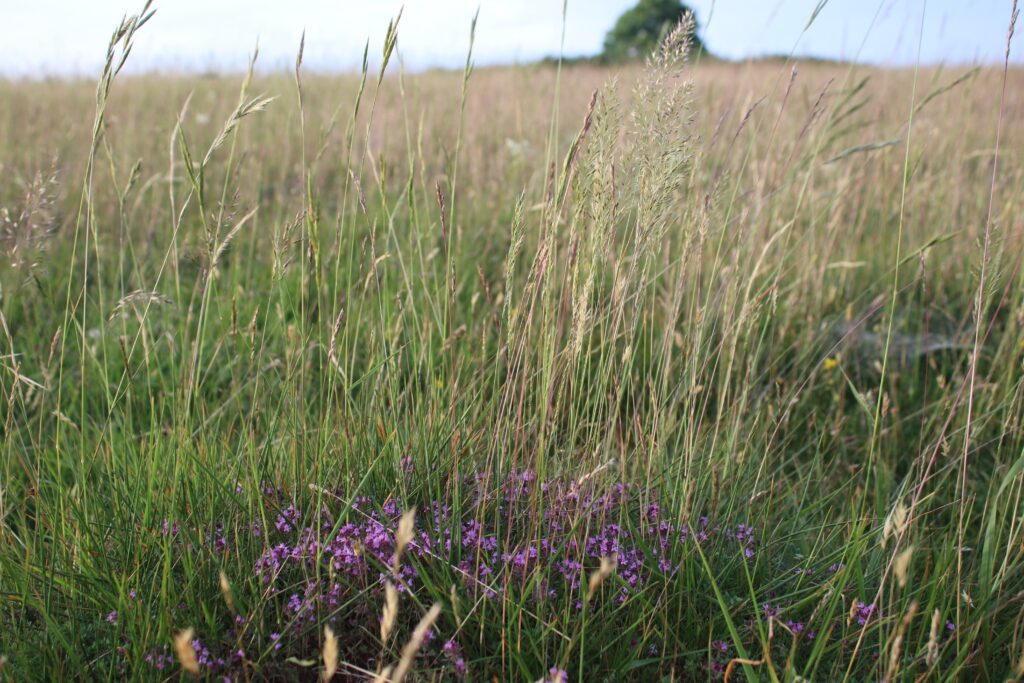 Managed grasslands are those that are regularly cut, or rolled; management may include application of fertiliser to increase the growth rate and productivity and herbicide to control which plant species are present. Managed grasslands include leys that are usually reseeded every 2 to 3 years to maintain productivity. 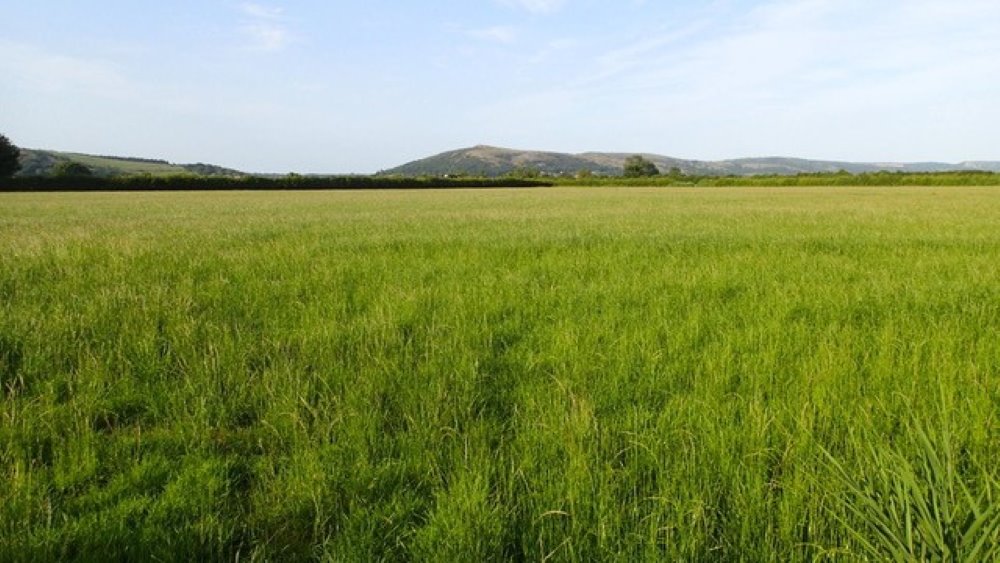 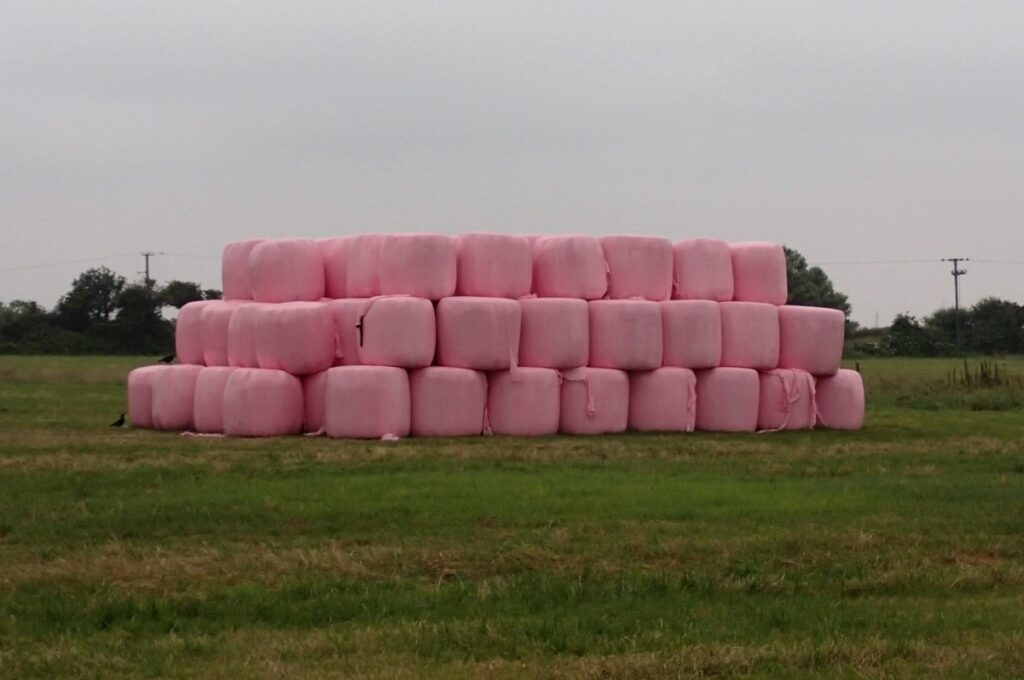 The Countryside Vegetation System (Bunce et al. 1999) recognises at least 57 distinct types of grassland in the UK reflecting local variations in soil, topography, climate and management. They range from lowland pastures, to upland rough grazing where heathers and rushes may be almost as abundant as grass species. Click here for more details. 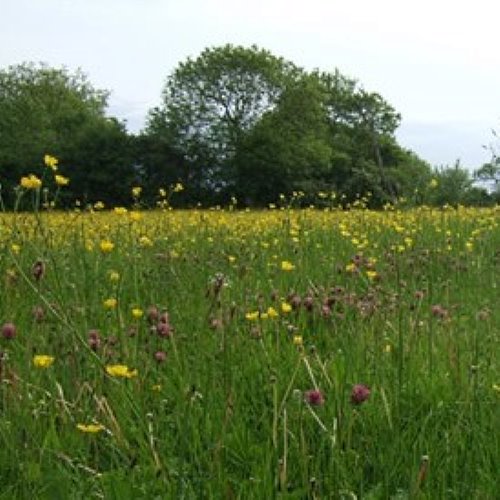 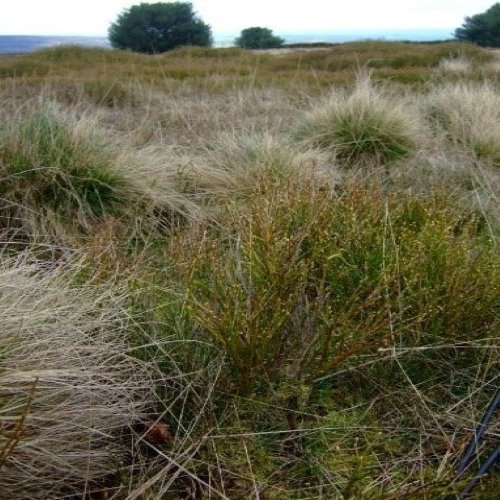 What else do grasslands do?

The different types of grassland contain a very large number of plant species ranging from spectacular orchids to easily overlooked, but equally beautiful, ferns and mosses. They also provide homes for many animals and birds, and millions of invertebrates and fungi. It is estimated that 0.4 hectares of established meadow may contain 400 million insects.

Grasses play an important role in protecting the soil surface from erosion by wind and water, and help to hold the soil in place.

The presence of plant roots helps to improve soil structure, by creating channels through the soil. Plants add organic matter to the soil, from decaying plant material and root exudates; this leads to the formation of soil aggregates (particles of sand, silt and clay clumped together), with small spaces, soil pores, between them. Grasses and other vegetation thus help to increase the rate at which water can move into the soil (infiltration). Meadows and well managed pastures have some of the highest infiltration rates of all vegetation types (Goudie, 2001). The presence of vegetation also helps to slow the rate at which water flows across the soil surface (overland flow), just as a towel will slow water movement across a floor, and thus gives more time for the water to soak into the soil. Therefore grassland helps to prevent both drought and flooding.

Goudie A (2001) The Nature of the Environment, Blackwell

Grass and grasslands are strongly linked to human cultural identity.

In the UK lawns are an important part of most gardens. Grasslands (gardens, sports fields and parks) make up about 50% of the urbanised area. Many gardeners take pride in their lawn, while for families the lawn may double as a football field and/or play area.

To learn more about lawns and how to keep your lawn green even in dry weather click here.

To learn more about how grass and grassland have influenced human culture please click on the following links:

Thus it is clear that in the UK grasslands are an important part of the landscape, contribute to the biodiversity of our environment, are an essential part of the country’s cultural identity and are economically important. Anything that affects grasslands will have important implications for the economic and cultural wealth of the nation.

Click here for link to grasslands and drought science.